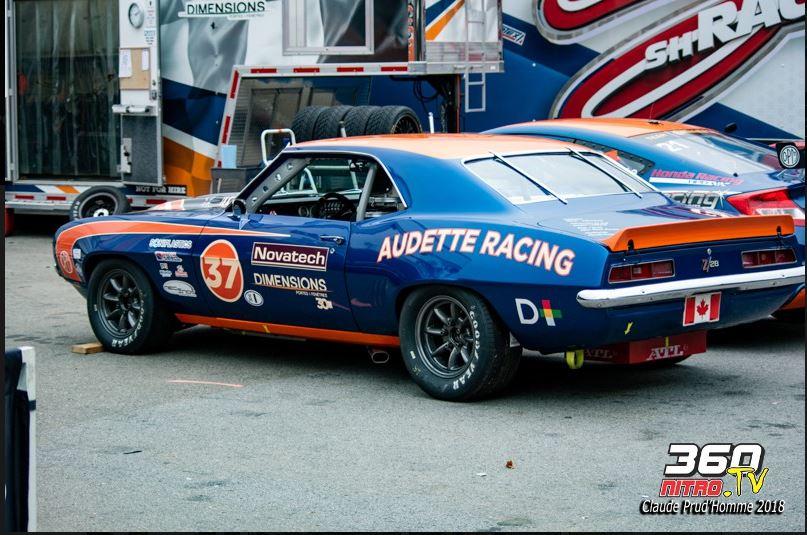 Time goes by so fast that we are already at the end of our season. With a little delay due to holidays abroad, we want to conclude with a last release for this year.

The season ended with Rémy Audette, not only driving his Civic, but also driving François Camaro. With this car, he qualified in pole position, to then win the first race. For the rest, he finished second in the next race, and again in first place for the last.

Rémy really enjoyed his father’s Camaro. Much more difficult to drive but especially, more brutal than the Civic, which is rather a “walk in the park”, as the expression says. “How does he manage that?”, this is what Rémy told his mechanic at the end of this competition.

The Civic also performed well over the weekend, but now it’s time for Rémy to move on. With the family business management with his brother Mathieu and the small family (including 3 cats and 3 dogs), Rémy is now selling his car. So if you’re interested, or if you know someone interested, you can contact us for details. We can possibly see Rémy again in a race or two during next year driving as a replacement driver for some other competition, a question of continuing to live one of his passion.

This completes the 2018 year for Audette Racing. We would like to thank all our sponsors, as well as our supporters who are following us regularly. We even had the chance to meet some of you during the year.

We’ll see you next year, with some races on the program, including the Tremblant Classics.